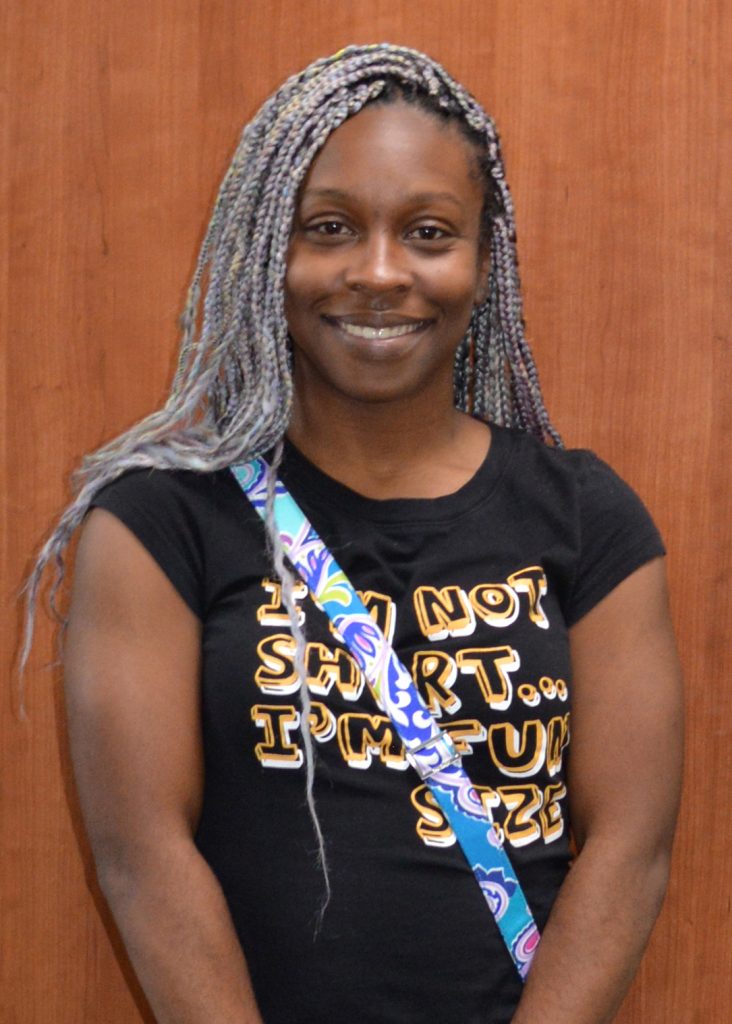 Before signing up for Galveston College’s Quickstart program in January 2018, Alexandria Reese had a high school diploma and had taken a few Galveston College courses, but was uncertain as to her career direction. Her two children were toddlers, and she was barely making it with minimum wage jobs.

Then she heard about Continuing Education’s Quickstart Electrical Helper classes, enrolled, and was accepted. Until the last two weeks of class, she had no car. She walked or took the bus from 53rd Street and Avenue S to class at the Charlie Thomas Family Applied Technology Center four times each week and walked home each night.

Leaving class at 10:30 p.m. and walking home in January and February was really cold, she recalls, but even after the first night, “I had something to hope for, something I could use the next day. It was hard, but it was my piece of peace.”

Within about six weeks she developed enough electrical skills to get a part-time job at a hotel, bought a $500 car and finished the eight-week program. It also gave her direction in life. She realized that she wanted to work in the electrical field and eventually she decided on her career goal: to become an electrical engineer.

“Electricity is like me,” she says. “You look at a wire or a switch and think you know what it is, but you don’t really understand it until you sit down and really study it. People think they understand me by looking at me, but until they see what’s inside and analyze what they learn about me, they don’t really know me.”

She continued to work at the hotel and got promoted to head of maintenance, but she wasn’t quite ready mentally or financially to continue her studies in the Electrical and Electronics Technology degree program following a violent assault.

Now, stabilized at the Resource and Crisis Shelter of Galveston County, she finds that she cannot wallow in pain and is now completing the enrollment process.

“I had to get going to school. I need to support my children’s stability, no matter how down I am. If I give up, I provide ammunition to the children to give up. I can never give up. School is my safe haven. You can turn lemons into lemonade.”

Alexandria hopes to finish her Associate of Applied Science degree within a year and transfer to the University of Houston-Clear Lake, where she will finish her Bachelor of Science in Electrical Engineering by 2022.