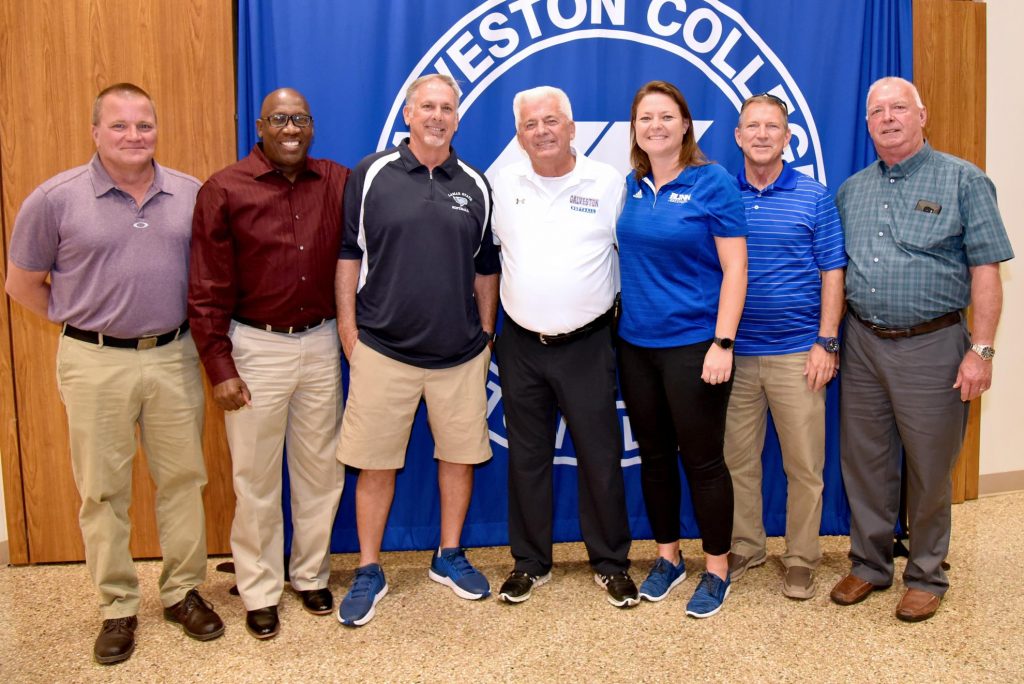 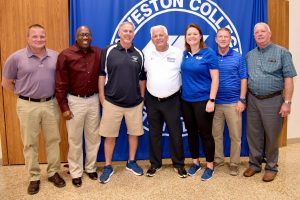 Coach Del, as he is known by players, friends and colleagues, spent a total of 35 years in coaching, including several years as assistant softball coach at Alvin Community College before joining Galveston College in 1998 to lead the school’s brand-new softball program.

Above, Coach Delcambre is joined by coaches and umpires from the Region 14 of the National Junior College Athletic Association. 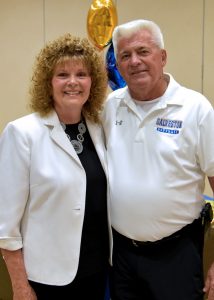 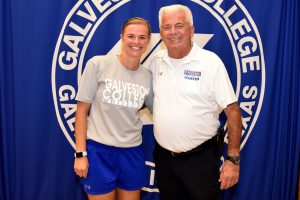