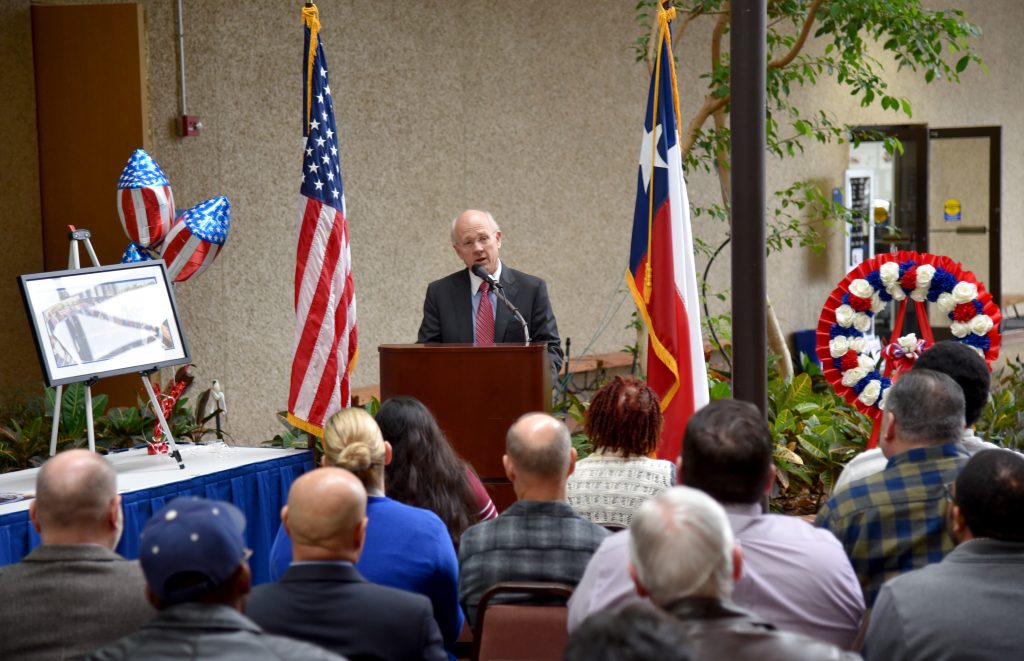 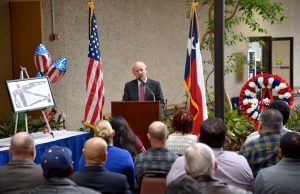 On Veterans Day, Nov. 12, Galveston College and Galveston Island celebrated the 100th anniversary of the lighting of the lamp at the Galveston Jetty Lighthouse at what was at the time the busiest port on the Gulf Coast and second busiest port in the country.

In 2001, the Galveston Community College District Board of Regents met in a retreat and adopted the vision statement: “A Beacon of Light Guiding Lifelong Learning.” Regent John L. Sullivan convinced the board that the college needed a symbol at the entrance of the college at 39th and Avenue Q.

Regent Sullivan knew that the actual South Jetty Lighthouse cupola was rusting away in Sonny Broome’s welding yard, having been placed there after being salvaged by George P. Mitchell’s company. In 2003, the U.S. Coast Guard granted a loan of the cupola to Galveston College, and John and Cindy Sullivan provided a donation of over $20,000 to have Sonny Broome restore it. Architects were hired to design an area known as Beacon Square that would feature a replica of the South Jetty Lighthouse that used to stand on Galveston Island’s east end.

Above: Galveston College President Dr. Myles Shelton welcomes guests to the 2018 Veterans Day ceremony and commemoration of the 100th anniversary of the lighting of the Galveston Jetty Beacon on Nov. 12. For more photo highlights of the event, click here.