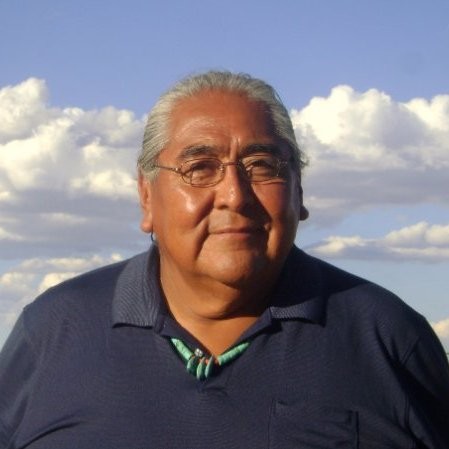 Galveston College will continue its 2020-2021 lecture series on Diversity, Inclusion and Empowerment with a presentation by Joe Aragon of the Acoma Pueblo Nation titled “Bridging Two Worlds” at 6 p.m. on Wednesday, Dec. 2, via Zoom videoconference.

With a career in education spanning almost four decades, Aragon most recently served as first lieutenant governor of the Acoma Pueblo Nation, a traditionally appointed tribal administrator for the Pueblo, where he had oversight of the Pueblo of Acoma tribal governmental policies, laws and general operations. For a comprehensive bio, click here.

In this presentation, Aragon will share his personal experiences on preserving traditions of the Native American culture while being a part of a very diverse modern American society.

“We are very excited and fortunate to have Joe Aragon as a speaker for the lecture series, sharing his experiences about the importance of preserving cultural traditions of Native American nations and, at the same time, being a part of the modern world and modern American society,” said Dr. Laimutis Bytautas, chair of the Faculty Professional Development Committee. “This subject is fascinating and it fits perfectly into our theme this year focusing on Diversity, Inclusion and Empowerment.”

In 2017, Aragon served as a member of the Pueblo of Acoma Board of Education, Pueblo of Acoma, New Mexico. From 1981 to 2011, he served as a level III educational instructional leader in the Grants-Cibola County Schools in Grants, New Mexico, where he taught students physics, physical science and astronomy. He also taught all levels of mathematics – from pre-algebra through differential and integral calculus. In 2003-2004, his school was one of 13 high schools in the U.S. to participate in the Athena Student Intern Program at the Mars Exploration Rover Mission Jet Propulsion Laboratory in Pasadena, California. From 1989 to 2001, he was an instructor and participant in the American Indian Science and Engineering Society Pre-College Enrichment Programs and Teacher Enrichment Programs in Albuquerque, New Mexico. He also served as a National Science Foundation Young Scholars Program and Early Alert Initiative Program grant proposal reviewer for four years.

“As his curriculum vitae indicates, Joe has basically spent his professional life working with a broad range of tribes and youth, not just Acoma Pueblo, about what it means to live in two cultures,” said English faculty member Michael Berberich. “We look forward to welcoming him virtually to Galveston and Galveston College.”

For more information, please contact Dr. Laimutis Bytautas, chair of the Faculty Professional Development Committee, at lbytautas@gc.edu. The lecture is free and open to the public.