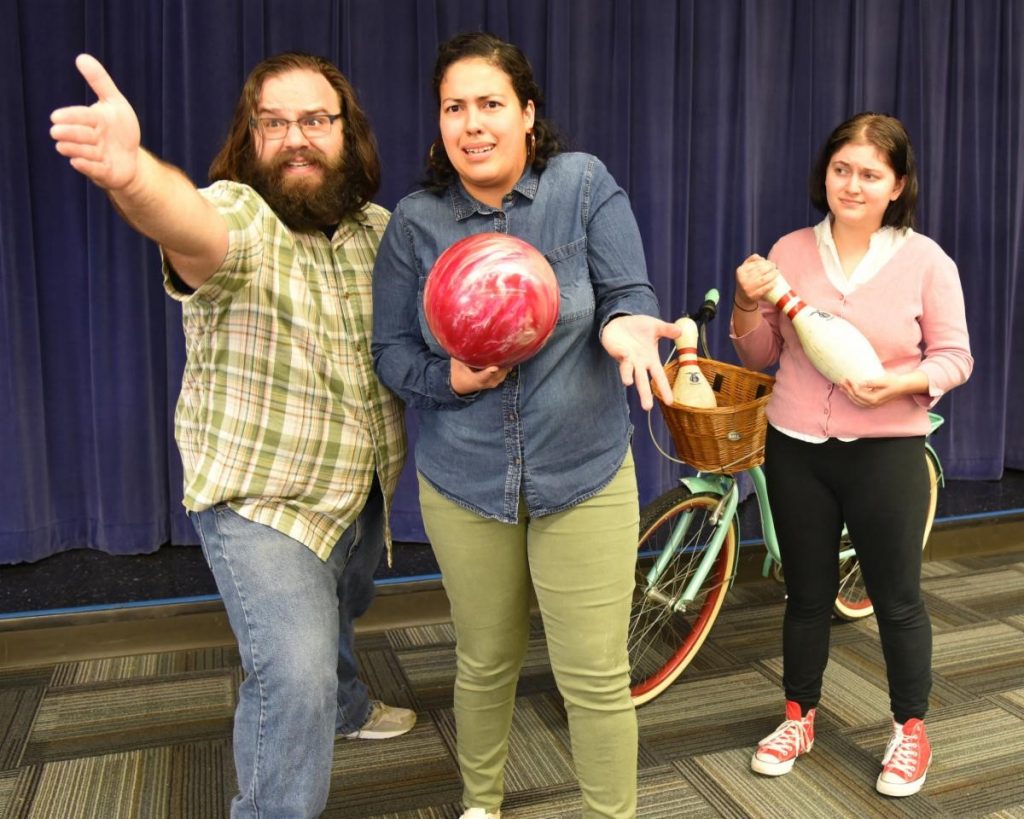 A scene from Galveston College’s production of “More Fun than Bowling” by playwright Steven Dietz has advanced to Region 6 Festival 52 of the Kennedy Center American College Theatre Festival (KCACTF) Feb. 24-27 in Abilene, Texas.

Galveston College was one of only 14 colleges and universities in the five-state region to have Invited Scenes at the festival. Region 6 is comprised of Arkansas, Louisiana, New Mexico, Oklahoma and Texas.

The KCACTF is a national theater program that works to improve the quality of college theater in the United States through a network of more than 700 academic institutions throughout the country. The program honors excellence of overall production and offers student artists individual recognition through awards and scholarships in playwriting, acting, dramatic criticism, directing and design.

The Kennedy Center American College Theater Festival is a national organization that exists to celebrate the educational and creative process of university and college theatre.  KCACTF promotes professional standards and provides students and faculty with opportunities to bridge the academic and professional worlds.  KCACTF honors achievements in diversity and excellence and encourages experiences in all areas of theatre.