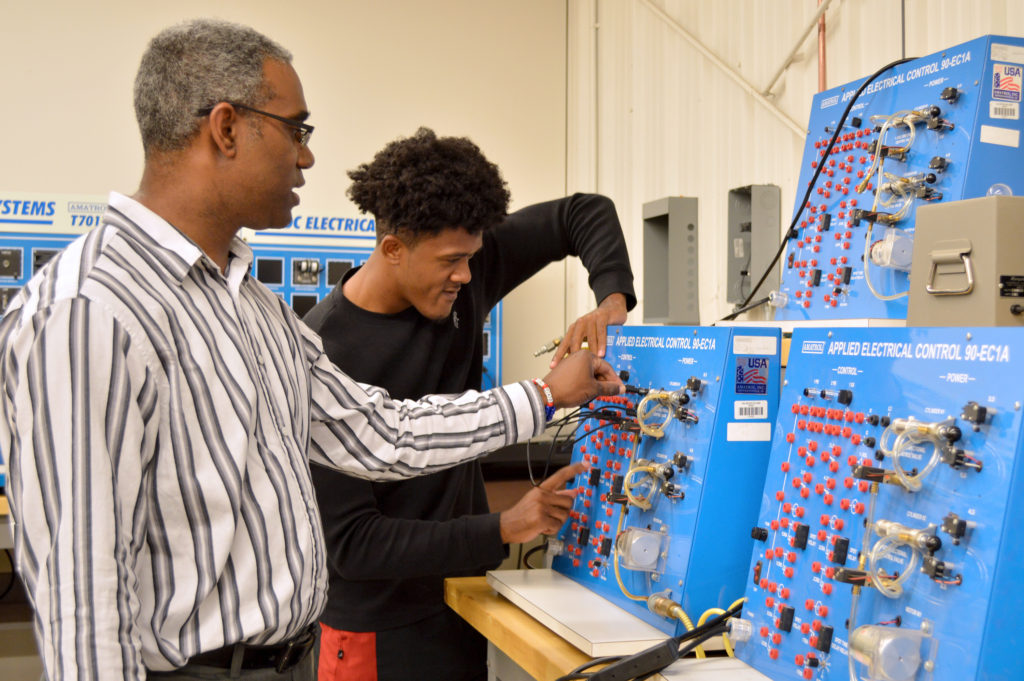 Tyree Bearden is the new program director for the Electrical and Electronics program at Galveston College.  He has a master’s degree in Electrical and Computer engineering from the University of Texas at Austin and a bachelor’s degree in Electrical and Computer engineering from the Georgia Institute of Technology in Atlanta, Georgia.  He began his career as a design engineer at Intel Corporation and Motorola, Inc in the semiconductor industry where he designed semiconductors for cellular phones.  He then became an applications engineer in the electronic design automation industry where he found the passion he had for teaching, as he conducted 5-day trainings on the latest design software tool at customer sites nationwide.

Bearden is a certified NCCER instructor and he is excited about serving the Galveston College students. The Electrical, Electronics and Instrumentation program at Galveston College will prepare students with the skills to install and maintain electrical devices, wiring in homes, factories and offices. The average hourly wage for graduates of the full program is over $32. For more information call 409-944-1403.