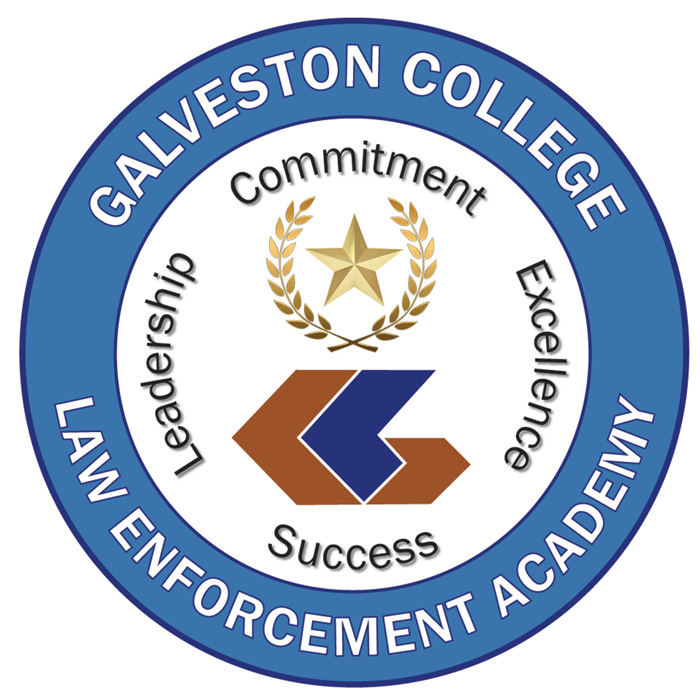 Pyle continued the program of commencement as the Master of Ceremonies by introducing Galveston College President, Dr. Myles Shelton, who gave welcoming remarks to family and friends of the graduates. Shelton commended the work of the program instructors and the cadets and congratulated the graduates as they launched their careers as Galveston College’s 50th anniversary celebration winds down.

Chief Brad Heiman of the Jamaica Beach Police Department spoke as a representative of the Law Enforcement Academy Advisory Board and told the audience that law enforcement service and first responder service was “a calling” rather than a career. He welcomed the thirteen graduates to the ranks of law enforcement service. Graduating cadet Aaron Jarma spoke on behalf of the class and gave thanks to family members, instructors and Galveston College for the opportunity of attending the academy.

A presentation of special awards included the Top Gun award for the best marksmanship on the firing range by cadets Juan Moran and Benjamine White. The top academic achievement award went to Juan Moran. Galveston County Sheriff’s Office Sergeant Mike Bell and William Kilburn, who served as instructors in the Law enforcement Academy program made the presentation of certificates to the graduates.

Summer II 2021 Grades Due to Admissions