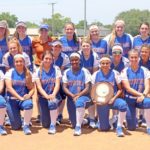 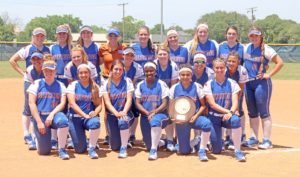 Galveston and Tyler worked their way through the winner’s bracket of the four-day tourney, meeting Sunday afternoon to determine who would punch a ticket to Utah and the national tournament later this month. Galveston came away with the 6-5 decision.

Monday’s championship game featuring Galveston and Tyler was halted in the second inning after an injury on the field.

Region XIV officials and the NJCAA have declared the game a no-contest since both teams have qualified for nationals. Galveston is the XIV champion; Tyler is the runner-up.

The NJCAA Division I Softball Championship is set for May 16-19 at Canyons Complex in St. George, Utah.