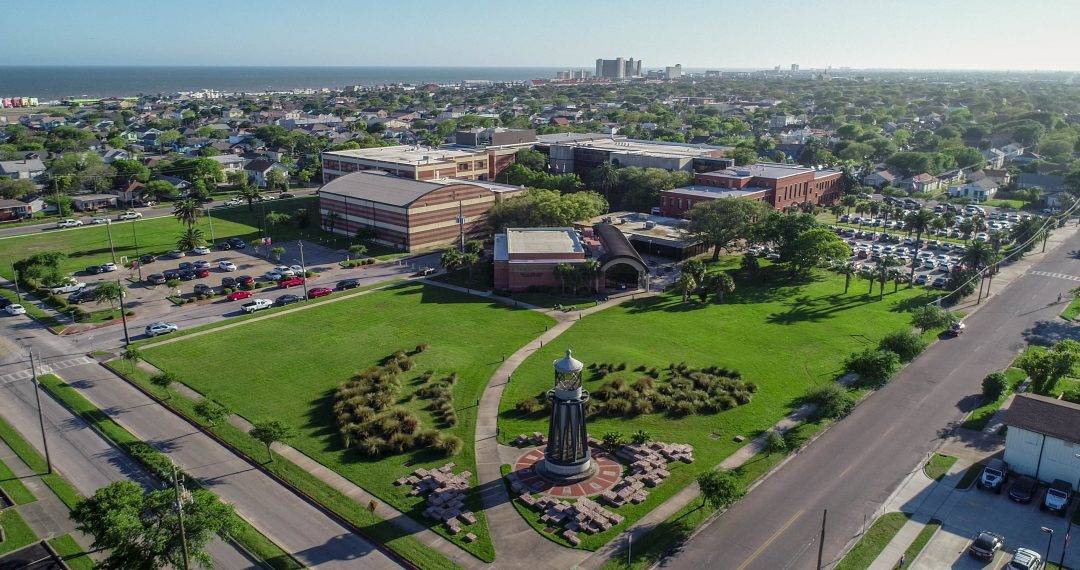 The Open Carry Law allows license holders to carry their handguns in an open manner throughout the state of Texas as long as the handgun is secured in a shoulder or belt holster. They MAY NOT OPENLY CARRY on the premises of a community college or on a public or private driveway, street, sidewalk or walkway, or parking area of a community college.

The Campus Carry Law concerns the carrying of concealed handguns on campus and went into effect for four-year universities on August 2016 and for community colleges as of August 1, 2017. The Campus Carry Law permits CONCEALED handguns to be carried by valid Concealed Handgun License (CHL) holders on a community college campus, in portions of the campus approved for carry. Texas Government Code Section 411.188 requires that license holders are taught proper handgun storage. Galveston College does not provide handgun storage areas on campus or in our residential facilities. However, licensed holders may store or transport a firearm or ammunition in a locked, private motor vehicle on a street, driveway, parking lot, parking garage, or other parking area on the campus.

Facts on Senate Bill 11 (SB11) or the Campus Carry Law

Reasonable Rules, Regulations, or Other Provisions on SB 11

What is the current law regarding guns on Galveston College property?

No. SB11 authorizes concealed carry by license holders only.

What does Open Carry mean?

House Bill 910, more commonly known as the Open Carry Law, becomes law on January 1, 2016, and permits licensed handgun owners to lawfully carry their handgun in a visible waist belt or shoulder holster. They MAY NOT, however, openly carry on the premises of a community college or on a public or private driveway, street, sidewalk or walkway, or parking area of a community college.

No. Open Carry DOES NOT apply to public colleges, including Galveston College. It is illegal to openly carry on campus, including displaying a firearm in campus buildings and on campus streets, sidewalks, parking lots, and walkways. Therefore, there is no open carry on a Galveston College campus or property.

What does Campus Carry mean?

What should I do if I see an individual carrying a handgun on campus?

If you see anyone carrying a firearm on campus, call 911 immediately.

Until the Campus Carry law goes into effect, how will Galveston College manage someone who has a firearm on campus?

It is a criminal act to exhibit threatening behavior with a firearm, regardless of the individual’s handgun license status. When a crime is committed on a Galveston College campus or property, Galveston College security will respond and take appropriate law enforcement action. Penalties under the law for violating open carry laws may result in a Class A misdemeanor where a license holder receives notice (by oral or written communication) that openly carrying is prohibited and fails to depart the college campus.

How will I know if my classmates or students have a gun?

Texas law prohibits CHL holders from intentionally or knowingly displaying a handgun in plain view of another person in the buildings of an institution of higher education, or in driveways, streets, sidewalks or walkways, parking lots, parking garages, or other parking areas. If you see an individual intentionally displaying a handgun on a Galveston College campus or property, please call the Galveston College security department.

How will I know where I can and cannot have my licensed concealed handgun?

Gun-free areas are clearly marked with signs. Information on these areas and on Galveston College policies and procedures regarding Campus Carry are available at:

What can I do to prepare for the new laws?

Be informed! Visit the Texas Legislature Online site to read the full text from each bill.

If you see anyone carrying a firearm on campus, please call 911.