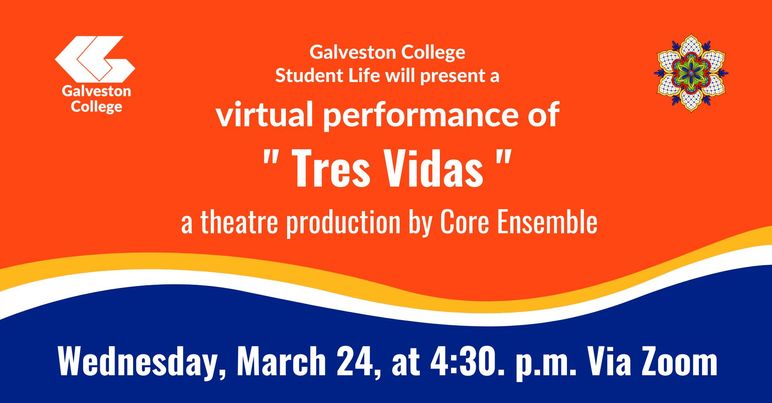 The theatre piece is pre-recorded and is about 60 minutes in length. The show is hosted live via Zoom by our artistic director/producer and the actress featured in the show with an introduction and artist-led discussion following the performance.

Chamber music theatre is a unique performance format developed by the Core Ensemble featuring a marriage of theatrical narrative to chamber music performance.

With storylines including Kahlo’s dramatic and passionate relationship with painter Diego Rivera, Amaya’s astounding singular survival of the massacre at El Mozote and Storni’ lifelong challenges as Argentina’s first great feminist poet, “Tres Vidas” presents dramatic situations timeless in their emotional appeal and connection to audiences across all gender and ethnic spectrums.

Since 1993, the Core Ensemble has toured nationally to every region of the United States and internationally to England, Russia, the Ukraine, Australia and the British Virgin Islands. The Ensemble was the recipient of the 2000 Eugene McDermott Award for Excellence in the Arts awarded by the Massachusetts Institute of Technology and has received support from the State of Florida Department of Cultural Affairs, New England Foundation for the Arts, Palm Beach County Cultural Council, the Aaron Copland Fund for Music and the Virgil Thomson Foundation.

For a link to the performance, please contact Student Life Coordinator Jose Martinez at jmartinez@gc.edu.