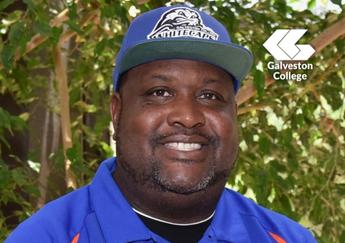 McNary joins the Whitecaps softball program after spending the last 11 years as the head softball coach at Western Texas College in Snyder, Texas.

During two stints at WTC, encompassing 17 seasons, McNary guided the Lady Westerners to 14 Region V West Regional Tournament appearances and one National Tournament appearance (2007), placing seventh. In 2007, WTC was also the NFCA Academic National Champions for softball, finishing with a 3.58 team GPA for the year. Under McNary, WTC had 50 All-Conference players, 20 All-Region players and one All-American. He boasts 45 Academic All-Americans during his tenure at WTC.

“I am excited to be at Galveston College and looking forward to sharing my knowledge and experience of the game with the coaching staff and our players,” said Rome. “I have learned a lot over the years and I want to contribute to the success of the Whitecaps softball program.”

Prior to WTC, McNary was the head softball coach at Victoria West High School from 2010-2011. From 2008-2010, he was the head softball coach and varsity football assistant coach at Victoria Memorial High School. At Victoria West, McNary helped guide the team to the area round of the playoffs in 2011. While at Memorial and West, he coached 23 All-District players and one All-State player.

McNary is a native of Cuero, Texas and graduated from Cuero High School in 1994. After graduation, he attended Ranger College on a football and baseball scholarship. McNary transferred to Texas Wesleyan University where he played baseball, coached and earned his bachelor’s degree in 1999.